"The weaknesses tonight were basically everything. Batting, bowling, fielding; everything was pretty average." - Glenn Maxwell

Match no. 15 in the Indian Premier League (IPL) saw Delhi Daredevils (DD) thrash Kings XI Punjab (KXIP) by a massive margin of 51 runs on Saturday. Chasing 189 runs to win, Punjab were never in the game after a poor start to their innings. It was only Akshar Patel, who provided some resistance. Skipper Glenn Maxwell opined his views quite openly in the post-match conference. Maxwell talked about various reasons behind Punjab’s defeat, his decision to promote Eoin Morgan and what plans does he have for his bowlers in the coming games. Maxwell himself ended up scoring a 2-ball duck. IPL 2017:KXIP skipper Maxwell wants bowlers to improve their performance

“The weaknesses tonight were basically everything. Batting, bowling, fielding; everything was pretty average,” said Maxwell in the post-match press conference on IPLT20.com. “More about the timing of the game, and trying to get the left hander’s out there. Having Morgan, who has been over here recently and plays these conditions quite well, I thought, might be a good option to go up at the top. Obviously, it did not pay off the way I would have liked,” explained Maxwell on Morgan’s elevation in the batting order.

Maxwell further added that wickets in hand could have enabled the likes of himself and David Miller chase down the total, “I would have liked to have some wickets in hand for the last eight or nine overs but we kept losing wickets consistently. If you have Miller and Maxwell at the backend and 11 to get per over we still have a massive chance, but when (the asking rate) gets to 13-an-over, and its 14 overs left to go, the game is long gone.” . FULL CRICKET SCORECARD, Delhi Daredevils (DD) vs Kings XI Punjab (KXIP) Match 15

Maxwell did take a jibe at his bowlers but was also quick to defend them at the same time. “It is not about the quality of our bowling, it is about bad execution on the day. Last two games we haven’t executed our plans, it’s as simple as that. It is probably going to get to the point where I am going to start picking uncapped players who are willing to execute and back their plans. At the moment, that is not happening,” Maxwell critiqued.

Maxwell credited DD for their command over the game, “Especially when Delhi chose to bat first, we had to make sure we take every opportunity. We let guys get away and we let the batters play easy shots and get off the marks and get into their innings where they didn’t let us comeback. They made us play which, I suppose, is a little bit frustrating because probably one of the advantage is making the opposition make the first mistake. We did that in the first couple of games (but) unfortunately tonight, when we started to build a little pressure to get a wicket, there would be a legside boundary or something off the pads or a wide ball or something else that would just completely upset the way we are trying to go. It is a little bit frustrating because we know we have got the skills there and the guys have shown they are good enough to play, they have dominated at different times but at the moment, it is just not happening.” 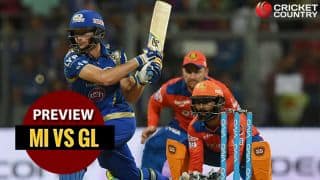 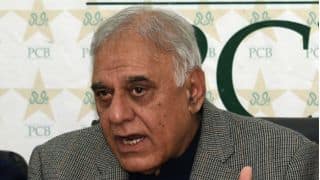