Rishabh Pant, joined Delhi Daredevils team in Bangalore after he performed his father's last rites at Kankhal in Haridwar.

Team India cricketer Rishabh Pant, who lost his father on Wednesday night, joined his Indian Premier League (IPL) side Delhi Daredevils (DD) less than hours before their first game against Royal Challengers Bangalore (RCB). Pant, who left that very evening, joined DD after he performed his father’s last rites at Kankhal in Haridwar. He joined the squad late on Friday and reportedly even attended the practice sessions, where he had a long run in the nets. Speaking to the press ahead of the match, DD coach Paddy Upton had confirmed about the same and that the team is behind Pant in his hour of grief and shock. Live Cricket Scorecard, Royal Challengers Bangalore vs Delhi Daredevils, IPL 2017

“Rishabh is joining us sometime in the evening. The whole team will rally around Rishabh and give him support. He is a young man. It is very, very difficult, particularly when this happens in the family,” Upton, who was also India’s mental conditioning coach during their 2011 World Cup win, had said before Rishabh joined the squad. It was also reported that Pant may miss out on DD’s opening game after he incurred minor burns on his leg while conducting the last rites.

This is not the first time that Indian cricket had seen such dedication and valor by its heroes. During ICC World Cup 1999 in England, Sachin Tendulkar came back home to attend his father’s cremation before India’s tie against Kenya. India’s current skipper Virat Kohli too went through the same ordeal, as he represented Delhi in a Ranji Trophy match even after learning of his father’s unfortunate demise and then went straight from the ground to perform the last rites. 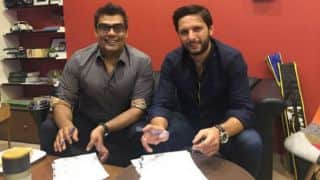