Chris Lynn's left shoulder has proven consistently troublesome, this being the third time he has injured it in the last two years.

Kolkata: Batsman Chris Lynn has aggravated an old shoulder injury and is under observation, Kolkata Knight Riders (KKR) Chief Executive Officer (CEO) Venky Mysore on Tuesday said. The Queenslander suffered the injury while fielding during KKR’s last game against Mumbai Indians in the Indian Premier League (IPL). “All those anxious abt @lynny50. He aggravated an old injury. Being treated & under observation by @KKRiders team,” Mysore tweeted. Lynn clutched the joint in pain after attempting a catch to dismiss Jos Buttler in the outfield. FULL CRICKET SCORECARD: Mumbai Indians (MI) vs Kolkata Knight Riders (KKR), IPL 10, Match 7

He was attended to by KKR physio Andrew Leipus and was later seen with an ice-pack strapped to his shoulder. “Dear Cricket Gods, did I do something wrong?” Lynn tweeted after the game, indicating that he could be out of action for sometime. Lynn’s left shoulder has proven consistently troublesome, this being the third time he has injured it in the last two years.

Lynn started his IPL campaign with a swashbuckling 93 against Gujarat Lions, setting the stage for a productive season in the cash-rich league. He followed that up with a brick 32 when KKR batted first against Mumbai. During the Australian summer, Lynn was a standout player in the Big Bash T20 League and also made his ODI debut for Australia. 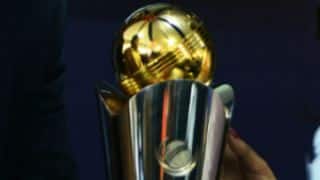 ICC ropes in Intel as innovation partner for Champions Trophy 2017 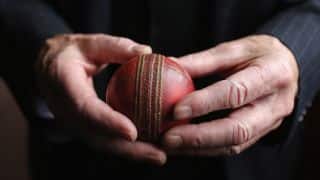