IPL 2017: Don't want to have too many expectations during Royal Challengers Bangalore trial, says N Jagadeesan

IPL 2017: Don't want to have too many expectations during Royal Challengers Bangalore trial, says N Jagade

N Jagadeesan hopes to be third-time lucky appearing for Royal Challengers Bangalore's (RCB) trials as a replacement of KL Rahul in IPL 2017.

Chennai: Young Tamil Nadu wicketkeeper-batsman N Jagadeesan hopes to be third-time lucky appearing for Royal Challengers Bangalore‘s (RCB) trials as a replacement of KL Rahul. The young glovesman, who has had a decent season for Tamil Nadu also appeared for Delhi Daredevils and Mumbai Indians without much success. After an impressive TNPL and a debut ton in Ranji Trophy, an IPL contract will making it a dream season for the 21-year-old. “I just want to go there and express myself and don’t want to have too many expectations,” Jagadeesan, who has already attended trials with Mumbai Indians and Delhi Daredevils, told PTI on Saturday. IPL 2017: KL Rahul ruled out of IPL 10

Having scored three half-centuries on the trot during Tamil Nadu’s recent Deodhar Trophy triumph, he will be heading to the trials in a confident frame of mind. The aggressive batsman, on his part, doesn’t want to put too much pressure on himself and hopes “right things will happen.” Jagadeesan said he was happy to have been part of Tamil Nadu’s winning campaigns in the Vijay Hazare Trophy and Deodhar Trophy. “It has been a great run for the team and a special moment for me. I will cherish it forever.” He said that work of the support staff including coach Hrishikesh Kanitkar was the reason for the State team enjoying a fruitful season.

“Kanitkar and the others motivated us a lot and made the players believe in themselves. He [Kanitkar] spoke about the importance of mental strength being important apart from technique to succeed,” the Coimbatore-based cricketer said. Jagadeesan admitted that it was the TNPL that got him recognition and earned an opportunity to play at the first-class level. He is now hopeful that the opportunity to rub shoulders with the world’s best is round the corner. A huge fan of Indian skipper Virat Kohli, the hard-hitting batsman is keen to link up with a team that includes the dashing West Indian southpaw Chris Gayle and South Africa’s AB de Villiers among others. 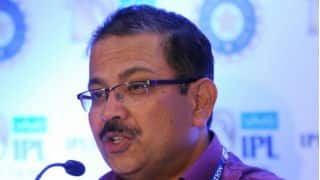 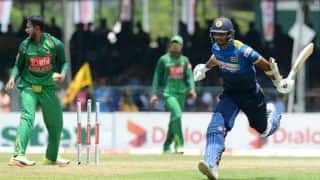