Gautam Gambhir played crucial knocks in the finals of ICC World Twenty20 (WT20) 2007 and ICC World Cup 2011 with MS Dhoni being the captain.

Ahead of Indian Premier League (IPL) 2017 match 30 between Rising Pune Supergiant (RPS) and Kolkata Knight Riders (KKR), Gautam Gambhir revealed his favourite captain while representing the national side. KKR’s skipper Gambhir played under Sourav Ganguly, Rahul Dravid, Anil Kumble, Virender Sehwag, MS Dhoni and Virat Kohli, but stated that he enjoyed playing under India’s most successful captain Dhoni. The left-hander made his international debut in 2003 against Bangladesh in the 50-over format and went onto become one of the most successful openers along with Sehwag. It was a bit surprising to know that Dhoni came as Gambhir’s first choice as a captain after there have been speculations of a fallout between the two players in the past. Full Cricket Scorecard, Rising Pune Supergiant vs Kolkata Knight Riders, IPL 2017, Match 30

In an interactive session , Gambhir stated, “I have played under Sourav, Rahul, MS and Viru, I somehow felt that I enjoyed a lot under MS.” Gambhir was a part of the India’s triumphant squad, led by Dhoni, during the ICC World Twenty20 (WT20) 2007 and ICC Cricket World Cup 2011. He played vital knocks in both the finals by notching up impressive fifties.

.@GautamGambhir has played under Ganguly, Dravid, Viru & Dhoni. Whose leadership did he enjoy most? Find out on #KnightClub, on Star Sports! pic.twitter.com/r9d5sN0cRx

However, Gambhir’s fans have always blamed Dhoni when he was left out of the team since 2013. The 35-year-old made a comeback into the Indian Test side during the long home series in 2016-17 against New Zealand. His scores of 29 and 50 helped him remain in the side for the initial Test matches against England, before he was ignored for KL Rahul. Both the players will meet when RPS host KKR on Wednesday. With 3 back-to-back victories, RPS will be eager to earn their first win against an in-form KKR in IPL 10. 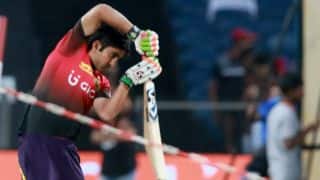 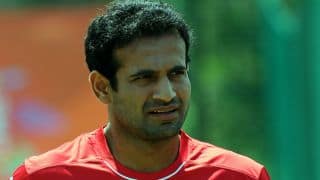