Sunrisers Hyderabad put on a mammoth 209 for 3 in their 20 overs, largely because of a stunning 126 off 59 from David Warner.

Gautam Gambhir was a disappointed man as Kolkata Knight Riders (KKR) crashed to a 48-run loss against Sunrisers Hyderabad (SRH) in Indian Premier League (IPL) 2017 at the Rajiv Gandhi International Cricket Stadium on Sunday. Winning the toss, Gambhir opted to bowl. SRH put on a mammoth 209 for 3 in their 20 overs, largely because of a stunning 126 off 59 from David Warner. Warner was dropped on more than one occasion and rode his luck extremely well. However, KKR skipper Gambhir believes accepts that his side were not just sloppy today, but have been throughout the tournament. He has urged KKR to pull up their socks and put on a better display in the upcoming matches. Full cricket scorecard: SRH vs KKR, Match 37 at Hyderabad

“We need to improve in our fielding. We have been very sloppy so far in the tournament, we need to pull up our socks if we have to do well. Catches win matches and you cannot drop catches off a player like David Warner. They could not have got to that score if we had taken our chances. We have two more games at home, hopefully we can play some good cricket,” Gambhir stated after the match. Despite this loss, KKR remain on top of the table, courtesy a better net run-rate than Mumbai Indians (MI). IPL 2017: Warner s 126 reduces KKR to rubble; SRH win by 48 runs 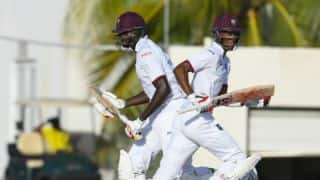 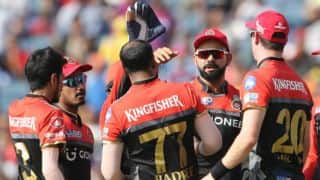 IPL 2017: How Royal Challengers Bangalore can still qualify for playoffs