Mumbai Indians (MI) chased down a mammoth target of 199 with ease and took the game away from Kings XI Punjab (KXIP) adding another win to their name at Holkar Stadium in Indore. Jos Buttler and Nitish Rana stole the show with their fifties, which meant Hashim Amla s maiden T20 ton went in vain. However, Glenn Maxwell was impressed by Amla s knock and termed him a class player. Maxwell also felt Buttler s destructive innings took the game away from them. Maxwell felt the runs collected during the Powerplay plays a crucial role as that decides the momentum of the game. LIVE CRICKET SCORECARD: Kings XI Punjab vs Mumbai Indians Match 22

After the post-match presentation, iplt20 spoke to Maxwell. Talking about what went wrong for KXIP, he said, Obviously it is a very small ground and a very good wicket. So probably we were 20-30 runs short. But it does not take anything away from the way Hashim Amla got a 100. Getting a T20 100 is always a special achievement. The way he played was outstanding. He anchored the innings and did a great job. Unfortunately this was not enough. The way Mumbai batted, they took the game on. I don t know how much did they get in the Powerplay. I guess it was more than 80 and that takes the game away from the opposition quickly.

Maxwell backed Amla and called him a class player after securing his maiden T20 ton, It was pure class. He does it quite regularly for us. He did last year where he got 90-odd runs. He is doing a great job for us at the top. Unfortunately Manan Vohra was unavailable tonight and we had to change the side a little bit. But I think Hashim did a great job in taking away from where Vohra left off. To get a 100 for a losing side hurts a bit. But does not take away any class he is.

Maxwell regretted that he could not stay longer on the crease, There was a lot of discussion. I think we both are quite experienced players. I knew my role in that stage of the game. There was plenty of overs left when I was there. I was trying to put pressure on the bowlers. Unfortunately I left a few overs and runs. I could have stayed until the 20th over; the pressure would have been more on the death bowlers.

Maxwell felt KXIP have dropped too many chances and that paved the way for Buttler to take the game away from them, We probably have missed too many opportunities in this tournament. The teams on the top have been taking their catches and have been clinical on the field. We have been slightly off. We gave better show on our home ground but too many chances were dropped today. You cannot do that to good players. They are going to make you pay. Like today Jos Buttler was unbelievable and unstoppable. But we gave him a chance and he did make us pay.

Maxwell praised Amla as well Buttler for their classic innings, Two very contrasting knocks. Both had a chance early. If you give class players a chance, they will play. Amla was a complete purist. Buttler was destructive. For Buttler to take the game away from us, it is indeed a special knock.

However, despite these missed chances, Maxwell relished his role as a captain, I have got into role and absolutely loved every second of it. I think it is role I am comfortable with. Basically watching George Bailey and helping him out over the last few years for KXIP. I think I speak well to the Indians and they greet me well. They know what I am thinking. It comes with a lot of trust, especially playing with them over the last few years. I really relish that role. 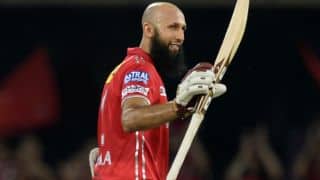 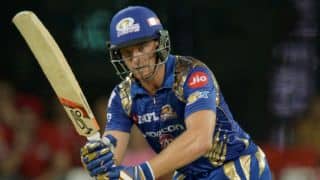