In the race to excel in their inaugural edition, GL reached the Qualifier stage but failed to make it through their first final.

With two years’ ban on Chennai Super Kings (CSK) and Rajasthan Royals (RR), IPL 2016 saw two additional franchises Rising Pune Supergiant (RPS) and Gujarat Lions (GL). In the race to excel in their inaugural edition, GL reached the Qualifier stage but failed to make it to their first final. However, they ended as the top side in the points table with 18 points, winning 9 off 14 matches. Meanwhile, RPS were placed 7th due to consecutive losses. GL had second-lowest bid during the team auction at INR 10 crores, as a result of which they did not have the right to pick the first player during the draft held on December 15 in 2015. However, they did get the big guns in their side with Suresh Raina being named the captain followed by Ravindra Jadeja, Brendon McCullum, James Faulkner and Dwayne Bravo. The team played their home matches last year in Rajkot and Kanpur respectively. Gujarat Lions in IPL 2017 Preview: Will Raina-led team go the distance in IPL 10?

After coming so close to victory with the perfect limited-overs specialist batsmen and bowlers in the side, GL would want to end their IPL tenure on a high note. GL, who already have a formidable unit, added just few known players to their side with the big gun being Jason Roy for INR 1 crore, who was bid in the second round. They also bought Munaf Patel, who was almost-forgotten. However, Associate Nations also played a crucial role in this auction and UAE s Chirag Suri got an opportunity. Akshdeep Nath was re-purchased in the side for his base price.

GL s support staff includes head coach Brad Hodge and the decision did come as a surprise as he was playing for an Australian T20 league as well simultaneously. Meanwhile, Mohammad Kaif has been appointed as the assistant coach alongside Sitanshu Kotak for this edition. On the other hand, Heath Streak will continue to train GL s bowling unit.

GL is owned by mobile manufacturers Intex. Keshav Bansal, is the youngest amidst the other IPL owners. Team’s home ground is the Saurashtra Cricket Association (SCA) Stadium in Rajkot. However, it will also play two home games at the Green Park Stadium in Kanpur. 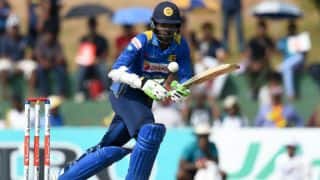