Mohammad Nabi and Rashid Khan, the first two cricketers to be picked by an IPL side Sunrisers Hyderabad (SRH) were picked during the IPL 2017 auction.

The Indian Ministry of External Affairs will be inviting proposals from filmmakers soon, in order to get a documentary made based on the two cricketers from Afghanistan, who are currently busy playing in the Indian Premier League (IPL). Mohammad Nabi and Rashid Khan, the first two cricketers to be picked by an IPL side Sunrisers Hyderabad (SRH) were picked during the IPL 2017 auction held in February this year for INR 30 lakhs and INR 4 crores respectively. The Ministry of External Affairs wants the short movie to be made in three formats: a 10-minute version which will be the longest, a 5-minute version as well as a promo of 2 minutes.

The documentary is expected to be released under the title Afghan Cricketers: The Rising Stars , according to the Indian Express. The documentary, according to the officials from the ministry, will be telling about the journey of Rashid and Nabi from their junior cricketing days to their rise in the international cricket circuit as well as in the 10th edition of the ongoing IPL. The treatment and storyline should be fast paced, engaging to watch, cohesive and creatively presented. Narration or an anchor-driven approach may be chosen without long monologues, an official said.

Officials from the ministry also added that the film should briefly introduce the life of cricketers and after that their rise in cricket, their participation in the IPL auction and selection .

It should also showcase the journey of these cricketers from the streets of Afghanistan to the international platform with their excellent performance. This film will be shot during IPL video clips from cricket matches and interviews of various cricketers, and the two players and their families, will be included in this film, another official said.

The Ministry of External Affairs wants the rough-cut of the movie to be ready by May 10. The official said, We want to showcase Afghan talent during the IPL season It means a lot for Afghanistan and India s relationship .

According to sources, the Indian government, with this video, wants to display traits of being a good neighbour to Afghanistan. The subtle message is to Pakistan that Pakistan exports terrorism, and that is the reason their players have not been allowed to play in Indian domestic cricket. Whereas Afghanistan, which has suffered terrorism, has exported talented players, and the Indian people and the government are welcoming their participation, an official said.

Talking about the two cricketers playing IPL s 2017 edition, a diplomat from Afghanistan said, They are Afghanistan s young brand ambassadors when people think of Afghans, they don t just think of Taliban and terrorism, they should think of good cricketers like Rashid and Nabi. And India is helping us create that brand image. 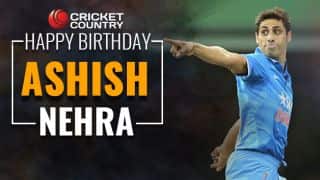