Pathan comes in as the replacement for the injured Dwayne Bravo, who had to bow out of the IPL 2017 without playing a single game due to a hamstring injury.

All-rounder Irfan Pathan on late Monday night informed that he will be joining the struggling Gujarat Lions (GL) in the ongoing Indian Premier League (IPL) 2017, as a replacement for the injured Dwayne Bravo. Pathan comes in as the replacement for the injured Caribbean all-rounder, who had to bow out of the IPL 2017 without playing a single game due to a hamstring injury. Irfan was not picked up by any of the IPL sides in the auction which was held in Bengaluru in February. It turned out to be one of the shocking rejections in the event held a few months before the main tournament.

Irfan had previously played for the Rising Pune Supergiant (RPS) in the last edition, but the team was criticised for not utilising one of India s most famous all-rounders properly. Yes, it is true. I have just landed in Bengaluru, Pathan was quoted as saying by Sportstar. Irfan had a base price of INR 50 lakhs going into the IPL 2017 auction, but he was one of the players who were surprisingly not selected. Irfan has played for teams such as Chennai Super Kings (CSK), Delhi Daredevils (DD), Kings XI Punjab (KXIP), Sunrisers Hyderabad (SRH) along with RPS.

Pathan had released an emotional letter to his fans who were left shocked after his non-selection in the IPL 2017 auction. In 2010, I had undergone 5 fractures in my back. The physio had told to me that I might now be able to play cricket ever again and should rather give up on my dream. At that point of time I told him, I can bear any pain but cannot the bear the pain of not playing this beautiful game for my country, he tweeted.

I worked hard and not only played cricket again but made a comeback to the India team. I have faced many obstacles in my career and life but never gave up, that s the character I have and will possess that forever. Right now I have this obstacle in front of me but I will get through it with all the prayers and wishes coming to me. Just wanted to share this with all my fans who are still supporting me, he said. 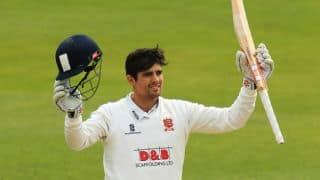 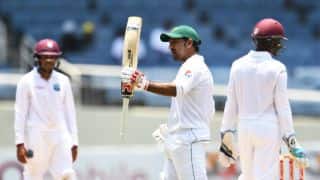