Kings XI Punjab (KXIP) head coach J Arunkumar feels they are yet to click as a team, and also need to be more consistent in the IPL 2017.

Despite having done fairly with both bat and the ball, Kings XI Punjab (KXIP) head coach J Arunkumar feels they are yet to click as a team, and also need to be more consistent in the ongoing Indian Premier League (IPL) 2017. However, he also feels that the bowling of the side could improve, as despite having performed fairly enough so far, and being their strongest department, they need to be more consistent with the bowling. Punjab have been lacking in the variety of bowlers, which feels that part-time bowlers could well fill it up. Also, he was a bit concerned regarding David Miller’s form, but was confident of him hitting the form at the right time. FULL CRICKET SCORECARD: Gujarat Lions (GL) vs Kings XI Punjab (KXIP), Match 26 at Rajkot

“It’s important to play as a team, our players like Manan Vohra and Hashim Amla scored well, while bowlers also did well in patches, but we need them to play as a team. We have had patches where we really bowled well; we bowled well in two-three games and batted well in two-three games but failed to get them together; we need to get them together and complement each other. It’s a matter of time. Of course our bowlers gave way a few runs but they need to find out where batsmen find difficulties,” he said, as reported by PTI. Jos Buttler delighted with his match-winning knock for MI vs KXIP

Speaking on the side’s bowling attack, Arunkumar said: “We have an Indian bowling attack, particularly in seam department. They have done well in patches but need to be more consistent and should bowl in areas where batsmen can make mistakes. We don’t have off-spinners or leg-spinners in the team. Maxwell can bowl a couple of overs if required. The trend in IPL this time is leg-spinners doing well in some games, off-spinner in some and left-arm leg-spinners doing well in some. We have good options in KC Cariappa and Rahul Tewatia.”

On Miller’s form he said: “We all know what a very good batsman he is. It’s just a matter of time. Once he gets settled down at the crease and plays a few balls, he is able to destroy any bowling attack. He is ready than any other batsmen in the team, but we want to give him the comfort of the options. Miller is a batsman who can bat at any number. We know that once he plays few balls and get his eyes, he would start making runs.” 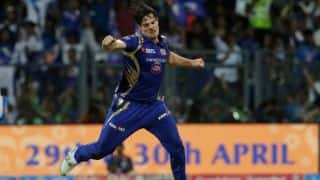 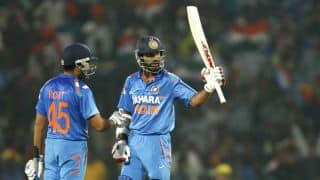