Rohit Sharma has been batting for Mumba Indians (MI) in random positions of three, four or five in IPL 2017, which has Mohammad Azharuddin.

While Mumbai Indians (MI) continue to battle for a place in the Indian Premier League (IPL) 2017 final, skipper Rohit Sharma would need to undergo a significant change in his batting order. Rohit is expected to open for India in the ICC Champions Trophy 2017, set to get underway in England from June 1. Rohit has been batting for MI in random positions of No. 3, 4 and even 5, which has left the former Indian skipper Mohammad Azharuddin bemused. Azhar feels adjusting his batting position within a fortnight, and to cope up with the seaming conditions in England would not be an easy task for Rohit. He also feels that it would have been healthy for him in IPL 2017 had he not dropped himself down the batting order. FULL CRICKET SCORECARD: Mumbai Indians (MI) vs Kolkata Knight Riders (KKR), IPL 2017 Playoffs, Qualifier 2 at Bengaluru

When you are an opening batsman, you should open. I always feel that the best players should play the first 20 overs. If your best batsmen are playing after 8-10 overs in T20s and after 30 overs in a 50-overs game, there’s no use. Rohit Sharma is a good player, and I was very surprised to see him bat at No. 3 or 4 or 5 [for MI], said Azharuddin, as reported by DNA. He has to get used to the spot quickly. It’s going to be tough for him to straightaway go and open, because the conditions are different and he is coming back from an injury. All these things will play on his mind, he added. IPL 2017, Qualifier 1: Rohit Sharma blames batting order for defeat vs RPS

He’s a good player, but the consistency has to come. It’s fine that he is doing well in IPL, but he has to be consistent as well. I think he did well in England in 2013, and hopefully he takes that confidence this time around. But he has to deliver, he continued.

Speaking on the roles the Indian openers will be needed to play in the Champions Trophy, Azharuddin said, The openers have a key role to play. In England, having good starts matters a lot, because if you expose your No. 3, 4 and 5 batsmen on a bad day, you might not do well.”

On being asked if Virat Kohli s poor run in the IPL 2017 would have any effect in the Champions Trophy, he said, It [failure with RCB] should not play in his mind. He has done well. He should take that confidence forward rather than thinking negative. He’s a good player, and he doesn’t have anything to prove to anybody. But at the same time, if he does well, it’ll be like a feather in his cap.” 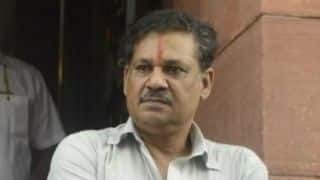