Ishant Sharma, Eoin Morgan, Mitchell Johnson, Ben Stokes and Chris Woakes are among seven players who have listed themselves at the highest base price of INR 2 crore in upcoming IPL 2017 auction.

New Delhi: India pacer Ishant Sharma, England‘s limited-overs skipper Eoin Morgan and former Australia pace spearhead Mitchell Johnson are among seven players who have listed themselves at the highest base price of INR 2 crore (approx USD 298,000) for IPL-10 player auction. England allrounders Ben Stokes and Chris Woakes, Sri Lanka captain Angelo Mathews and Australian fast bowler Pat Cummins are the rest of the players in this bracket. The IPL auction is scheduled to be held in Bengaluru on February 20.

The INR 1.5 crore bracket has England’s Johnny Bairstow, New Zealander Trent Boult, Australia’s Nathan Lyon and Brad Haddin, South African Kyle Abott and Jason Holder of the West Indies. A total of 799 players are part of the initial roster which would be reduced once the franchises submit their preferences before the deadline this weekend. There are 160 capped players from eight countries – leaving out Bangladesh and Pakistan – and 639 from India, Australia, South Africa, New Zealand, Sri Lanka and West Indies. IPL 2017 auction: Yuvraj Singh expects Ben Stokes to be a hot property

This will be the final year of IPL before the teams overhaul their squads for the 2018 season. The existing player contracts will expire after this season of the league and most players are expected to go under the hammer at a mega auction ahead of the 2018 season. Earlier, Veteran batsman Yuvraj Singh on Thursday praised England all-rounder Stokes saying the 25-year-old is an overall package and will surely get big bucks in the upcoming Indian Premier League (IPL) 2017 auctions.

He s a quality hitter, fast bowler and fielder. He ll definitely get the big bucks. He brings a lot to the table, Yuvraj was quoted as saying by BBC. If these guys come and play in the IPL, their skills will improve. The more they play in different conditions, the better they will become, he added. India vs Bangladesh: Courtney Walsh feels experience in New Zealand will help their bowlers against hosts 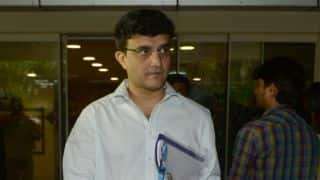