IPL 2017: Rahul Dravid continued to defend the young batsmen in Delhi Daredevils (DD) and said that he still has complete faith on them.

Although Zaheer Khan’s Delhi Daredevils (DD) have not yet clicked in the ongoing Indian Premier League (IPL) 2017 so far owing to some poor batting, chief coach Rahul Dravid continued to defend the young batsmen in the side and said that he still has complete faith on them, as he backed them to fire in the upcoming matches. Delhi, who have lost four matches out of the six games they have played so far, have got an inexperienced batting line up, which has been questioned by many. Delhi are currently at the sixth spot in the points table, as they get set to face two-time champions Kolkata Knight Riders (KKR), who have been in destructive form so far in the tournament. FULL CRICKET SCORECARD: Kolkata Knight Riders (KKR) vs Delhi Daredevils (DD), IPL 2017, Match 32 at Eden Gardens

“I still have full faith in youngsters. The league is still at the halfway stage. It’s kind of funny that we are still sixth in the table with the highest net run rate [second highest to KKR]. So I have full faith in our youngsters that they will turn it around in the next 7-8 matches. We have seen over time how talented cricketers from small towns have gone on to represent the country with distinction. This is because they had the requisite skill set and also proper training was available for them. This is something commendable,” said Dravid, as reported by PTI. Earlier, Dravid had heaped praise on the team s captain Zaheer. Dravid said Zaheer is aggressive and he has been impressed with the way he has led DD. 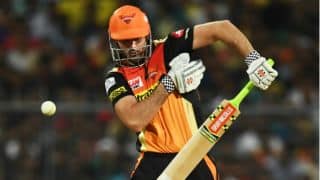 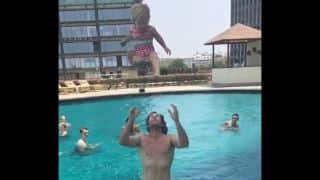