Sunrisers Hyderabad (SRH) might be having a topsy-turvy campaign in IPL 2017 but Afghanistan s star Rashid Khan has gained all the accolades from his teammates.

Sunrisers Hyderabad (SRH) might be having a topsy-turvy campaign in IPL 2017 but Afghanistan s star Rashid Khan has gained all the accolades from his teammates. Rashid was the top bid amongst Afghanistan as he was sold to SRH for INR 4 lakhs. In span of 2 games, Rashid made it to the list of leading wicket-takers i.e. is the Purple Cap. At the moment he might be placed on No. 6, but the competition is not easy with Bhuvneshwar Kumar and Mitchell McClenaghan around. However, SRH s coach Tom Moody feels Rashid is a terrific find for SRH. Moody also mentioned that Rashid exploits the conditions well in India. Full Cricket Scorecard: Royal Challengers Bangalore (RCB) vs Gujarat Lions (GL) IPL 2017, Match 31 at Bengaluru

Speaking to the reporters ahead of their match against Kings XI Punjab (KXIP) on Friday, Moody backed Rashid and said, He is a terrific find for us and he is great for the tournament for a number of reasons. It’s nice to have a young leg-spinner doing what he is doing. Rashid’s success is also great for Afghanistan and for cricket as a whole. He took 1-17 in the last game (against Rising Pune Supergiant). For any spinner to take 1-17 in a high scoring game, I don’t think the opposition has worked him out. I still think he is a major threat and he will continue to do well.

Moody is also equally impressed with Yuvraj Singh, Look I have been really pleased with Yuvraj. He has certainly been striking the ball well. Unfortunately, he has been suffering from a flu. Hence, he missed a couple of games. Apart from that he looks in good shape, hitting the ball as well he has done for some time.

He also added that KXIP cannot be taken lightly as they are head-to-head with SRH at the moment, Kings XI have changed their eleven more than a few times. So, its a fresh start for us, its not going to be the same eleven so that is also going to have an influence on our selection. At this point of the tournament, you would be foolish to take any team lightly. Kings XI are at a point where they are desperate to secure a couple of wins and we are equally as desperate to secure wins because we want to hold our position on the top portion of the points table. 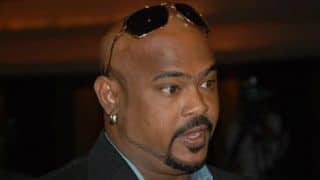 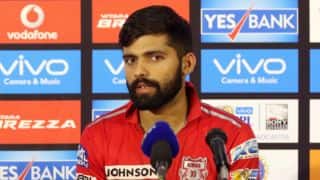