Ravindra Jadeja was in astonishing form in the four-Test series versus Australia and will look to carry on in same stead in IPL 10.

Struggling Gujarat Lions (GL) is set to receive a much-needed boost with the imminent return of ace all-rounder Ravindra Jadeja during their clash against Rising Pune Supergiant (RPS) in Indian Premier League 2017 tomorrow.

GL, who finished an impressive third in their maiden IPL appearance last year, did not have the best of starts in the ongoing edition of the tournament. The Suresh Raina-led side suffered consecutive defeats against two-time champions Kolkata Knight Riders (KKR) and title holder Sunrisers Hyderabad (SRH) in their opening two matches.

GL would be desperate to turn their fortunes around in front of home fans at the Saurashtra Cricket Association Stadium on Friday. Full Cricket Scorecard, Gujarat Lions vs Rising Pune Supergiant, IPL 2017, Match 13

Jadeja missed GL’s first two games after he was advised rest for two weeks by the BCCI medical team soon after the India’s four-match Test series against Australia. Jadeja has had a terrific home season with both ball and bat for India and his return will definitely boost his franchise’s morale. Another key member, West Indian all-rounder Dwayne Bravo, who is recovering from injury, however is doubtful even though he took part in the team’s practice session on Wednesday.

With the likes of Brendon McCullum, Aaron Finch, Jason Roy, Raina and Dinesh Karthik up its rank, GL heavily depends on its batting unit. But the likes of McCullum and Finch have failed to live upto their reputations so far, garnering just 40 and 18 runs respectively in the first two games. Opener Jason Roy started the innings well on both occasion against KKR and SRH but failed to convert the good starts into big knocks. Only skipper Raina, who struck unbeaten 68 against KKR at home and Karthik (47 & 30) have shouldered the responsibility in the middle-order. 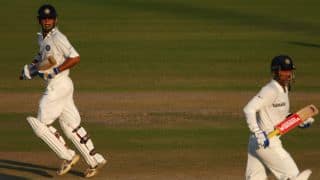