Two Afghanistan cricketers Mohammad Nabi and Rashid Khan will make their debut in the T20 league tournament for Sunrisers Hyderabad (SRH) this year.

Mumbai: Veteran actor Rishi Kapoor has made a plea for Pakistani players to be considered for playing in the Indian Premier League (IPL) again. The 64-year-old actor took to Twitter on Tuesday night, on the eve of the opening ceremony of the 10th edition of the premier cricket tournament. “IPL. You got world players. Afghanistan makes debut. My plea is please consider Pakistani players. Phir match hoga! (match will happen then!) Hum bade log hain (We are big people). Please,” Rishi tweeted. Two Afghanistan cricketers Mohammad Nabi and Rashid Khan will make their debut in the T20 league tournament for Sunrisers Hyderabad (SRH) this year. READ: IPL 2017: Afghanistan’s Mohammad Nabi, Rashid Khan aim to make a mark

It is an honour for both of us to have been selected in the IPL. When I was picked up by the Sunrisers, my joy knew no bounds. It is a very big achievement, it s a huge moment for Afghanistan cricket. It is a dream come true for me to be a part of this league, Nabi said. I have always wanted to play this tournament and I would often wonder how it would feel to be a part of the IPL. That dream is now a reality and here I am in Hyderabad ready to fulfil my dream. We as a nation and individual have worked hard to get here and it is time for us to make this IPL an enriching experience, Rashid was quoted as saying by official IPL website. READ: When and Where to watch IPL 2017 Opening Ceremony Date, Time, Venue, LIVE Stream and TV Coverage

Rishi’s plea comes at a time when the ties between the two countries are going through a rough patch. No Pakistani player has played in the IPL after 2008. The 10th edition of IPL will commence from Wednesday evening with Royal Challengers Bangalore (RCB) playing SRH. That match will not feature RCB’s regular skipper Virat Kohli, AB de Villiers and KL Rahul. David Warner-led SRH will however have no injury concerns of their own. They will be without their premier fast bowler Mustafizur Rahman, who is in Sri Lanka on international duty with Bangladesh. He will be available from SRH’s next game. 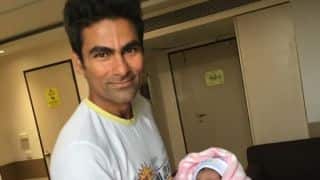 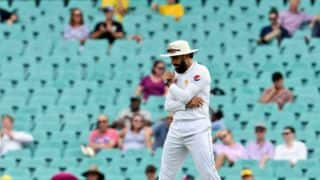