Both Rohit and Dhoni hold the unique record of winning the IPL trophy twice for their teams as captain.

Indian cricketers Rohit Sharma and MS Dhoni together completed their respective 150 matches in the history of the Indian Premier League (IPL) 2017, on Monday. Rohit and Dhoni achieved the feat during the match No. 28 of the ongoing IPL 2017, between Mumbai Indians (MI) and Rising Pune Supergiant (RPS) at the Wankhede Stadium. While Rohit is captaining his team Mumbai Indians in the tournament, Dhoni is participating as a wicketkeeper-batsman after he was removed as the captain of the RPS side ahead of IPL 10. Among the most successful players in the tournament history, both Rohit and Dhoni hold several records.

Both Rohit and Dhoni hold the unique record of winning the IPL trophy twice for their teams as captain. While Rohit won the IPL tournaments twice as captain in 2013 and 2015 Dhoni had led the Chennai Super Kings (CSK) to title wins in 2010 and 2011. Apart from Rohit and Dhoni, Gautam Gambhir is another captain in the tournament to have won IPL twice, with Kolkata Knight Riders (KKR) in 2012 and 2014. While Dhoni is playing for his second team in IPL after Chennai Super Kings, Rohit was a part of the IPL-winning side of the now-defunct Deccan Chargers (DC) in 2009.

Here is a table of players with most IPL matches:

However, Suresh Raina is the one who has played most matches in the history of IPL. Raina, who has played for CSK and is currently leading the Gujarat Lions (GL) in IPL 2017, has so far played 154 IPL matches, followed by Rohit and Dhoni at 150 each. Dinesh Karthik is next in the list with 145 games, followed by the run-machine in Virat Kohli with 143 games. 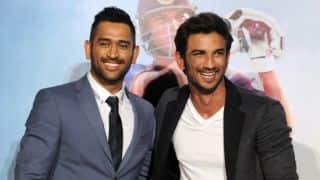