Parthiv Patel also praised the way Nitish Rana anchored the innings with a well-made 50 in the match against Kolkata Knight Riders (KKR).

Mumbai: Parthiv Patel on Tuesday backed Mumbai Indians (MI) captain Rohit Sharma’s decision to not opening the innings, saying the move gives stability to the batting order.”The year before (2015) when we won the championship, with myself and Lendl (Simmons) opening we were successful. With Rohit coming down, it gives stability to the batting order and gives us freedom to play shots in the first six overs,” said Patel ahead of Wednesday’s game against defending champions, Sun Risers Hyderabad (SRH).”In the first two games we gave good starts, but lost wickets at the wrong time. Patel and Jos Buttler had opened the innings for MI in the first two games of this season with Sharma, coming in to bat at number four.” Full Cricket Scorecard, Rising Pune Supergiant vs Delhi Daredevils, IPL 2017, Match 9

“My game does not change. I have batted the same way since IPL started. It s important to stick to your ability and not worry about batting order. I will be successful only if I play my game,” he added. The wicket keeper batsman said the team was pretty confident of crossing the finish line in the previous game against Kolkata Knight Riders (KKR) even when they needed 60 off the last four overs.”This is a tournament in which lots of runs have been scored in the last few overs. We were always confident, especially with the way Hardik (Pandya) was batting in the nets or even in the last game. We knew if we can take it deep we can always chase anything on this ground. Obviously dew was a very big factor, I think. But it was good to get a win early in the season.

Patel also praised the way Nitish Rana anchored the innings with a well-made 50 and said the Delhi youngster showed his qualities as a capable batsman even last season when he made 36-ball 70 against Gujarat Lions. “He batted very well in last season s last game as well. He showed how well he can bat and accelerate. He s definitely a quality player and showed in both the games. He definitely has both sides of the game. He knocked about the first few balls and then played big shots. He can play both ways,” he noted. Patel said the frenetic pace of the tournament gave out- of-form players little time to get back to the drawing board and work out the deficiencies in their game.

“It s important to carry domestic form into IPL as there is hardly any time once the tournament starts. If you see historically, players who have done well in domestic cricket have done well in IPL, he said. Rohit Sharma has been reprimanded for showing dissent at the umpire s decision in the previous game when he was declared leg before off an inside edge, but Patel said nothing has been sent out as message to the players on this aspect by the team management.”

“Nothing been told to us. I can t comment on umpiring as they cut a lot of money (as fines for such offences). Players don t talk too much about it. Whatever happen, happens in the heat of the moment and then players move on, he commented. 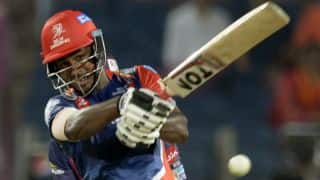 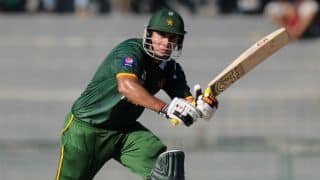