SRH scored a 35-run win against RCB as the Bangalore side were all out for 172 in its chase of a 208-run target.

Hyderabad: Royal Challengers Bangalore (RCB) stand-in captain Shane Watson has said that losing too many wickets in the middle of the chase led to his team’s loss against Sunrisers Hyderabad (SRH) in the Indian Premier League (IPL) opener.”207 was a big total. The wicket was really nice….Even half way through our batting innings, we were on target, really neck and neck with where the Sunrisers were,” said Watson after the loss on Wednesday. “Unfortunately, we lost too many wickets specially through that middle period.” SRH scored a 35-run win against RCB as the Bangalore side were all out for 172 in its chase of a 208-run target. Though the team was at par with Sunrisers in the run-rate, the run out of in-form Kedar Jadhav was a turning point, Watson said. Live Cricket Scorecard: SRH vs RCB IPL 2017, Match 1 at Hyderabad

He also said his team’s fielding and and other aspects were not up to the mark.”The run out of Kedar (Jadhav) was a turning point. Really, he was batting beautifully. It was an amazing piece of work by Ben Cutting (referring to the direct hit from the deep). Then it really changed the game. There is no doubt 207 were too many… (We were) too sloppy in the field, execution with the ball was little bit off as well. More than anything else, lost wickets at the wrong time,” he said. Appreciating Yuvraj Singh, who scored 62 runs in 27 balls for SRH, Watson said mistakes like dropping the catch of the stylish southpaw cost them. Yuvraj’s catch was dropped by S Aravind at deep square leg during the match.

His team chose to field first as statistics showed that the team batting second stood good chance of winning, he said. The match was a good learning experience for him as captain, Watson said.

Watson led RCB in the match as its regular captain Virat Kohli sat out with a shoulder injury he suffered in the Test series against Australia. The Bangalore team’s other members, including AB de Villiers and Sarfaraz Khan, also could not play due to injuries. 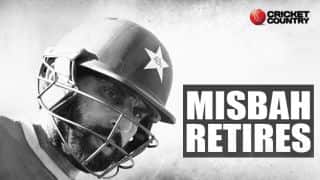