On Friday evening, it was the trio of David Warner, Shikhar Dhawan and Kane Williamson who helped SRH set a mammoth target of 208 for KXIP to win.

This season has been all about Sunrisers Hyderabad (SRH) in the Indian Premier League (IPL) 2017. Be it their batsmen or their bowlers, each one of them have stood out and powered Sunrisers Hyderabad to wins. On Friday evening, it was the trio of David Warner, Shikhar Dhawan and Kane Williamson who helped SRH set a mammoth target of 208 for Kings XI Punjab (KXIP) to win. Dhawan, in particular, was the at the crux of the stand with Warner, and moved on to become a perfect foil for Williamson. Dhawan scored 77 off 48. Full Cricket Scorecard, Kings XI Punjab vs Sunrisers Hyderabad, IPL 2017, Match 33

Speaking to IPLT20.com, Dhawan spoke about his innings and his partnership with Warner as well as SRH plans as a team. “I was feeling good about myself today, I knew that what was my .. what plan I was going to go with in the centre. I practice it of course, and then I was comfortable with it and went with it,” Dhawan added.

Dhawan s stand for the opening wicket with Warner was of 107 runs. “We both were playing smart aggressive cricket, more smart aggressive I would say. And that was our plan; in the last few games although we were playing well, our run rate was a bit low. So we decided today to go and express ourselves more. We backed our abilities,” Dhawan explained.

Talking about batting with Warner, Dhawan revealed, “I am used to batting with David Warner. I am playing with him for two-three seasons now, so we know each other’s game and our running between the wickets is also very good. Today we were attacking. It was a good pitch; we wanted to make it big and that’s what happened.”

Finally Dhawan opened up about SRH’s plans as a batting unit going ahead. “As a team goal we always say that the top four batsmen have to.. one of the batsman have to stay till the end. Cause if one set batsman is playing it is a huge advantage to the batting side and that’s what we plan,” Dhawan concluded. (sic) 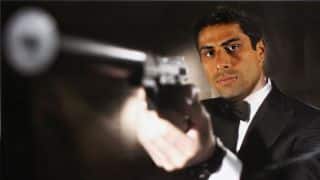