it was Raina who anchored the innings that comprised of 9 fours and 4 sixes vs Kolkata Knight Riders (KKR).

Although wickets kept tumbling around the skipper Suresh Raina, he continued to play a composed match-winning knock and led his side to a much-needed victory against Kolkata Knight Riders (KKR). A 46-ball 84 had the Raina stamp all over it. Gujarat Lions (GL) were off to a flier with Aaron Finch and Brendon McCullum s quick fire innings of 31 and 33 respectively. Thereon, it was Raina who anchored the innings that comprised of 9 fours and 4 sixes. Supporting him in the middle order was Ravindra Jadeja, who remained unbeaten on 19. However, Raina being generous enough, credited MS Dhoni for finishing the game in style. LIVE CRICKET SCORECARD: Kolkata Knight Riders vs Gujarat Lions Match 23

Speaking to iplt20, Raina was relieved to win a crucial tie. It was a crucial win and a much-needed one keeping in mind the situation we are in the tournament. I am glad we got a win tonight. I am very relieved. To stay alive we had to win this game and move forward. Had we not got this one under our belt I am sure we would have been very disappointed in the dressing room, Raina said. With those match-winning strokes, Raina showed signs of why he still remains to be one of the best in the shortest format.

Giving credit to Dhoni for his finishing skills, Raina added, I love batting in pressure situations and it is a challenge I relish. I have batted with him (MS Dhoni) for almost ten years now and always admired how he would finish games for the side. I have learnt how to cut down on asking rates from 9 per over to a 7 per over from him. When you are a captain, you are there to win a game and set examples for your side. It is something that I have learnt from Dhoni while playing with him for India and Chennai Super Kings

Raina concluded hoping to continue his good form for the future matches and make it to the playoffs just like last year. 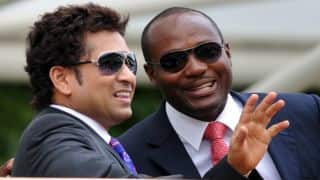