Kohli, in his comeback match, took only 6 deliveries to bag his first six of this edition.

Virat Kohli finally featured in the 10th edition of Indian Premier League (IPL). After sustaining a shoulder injury in the Ranchi Test against Australia last month, Kohli was then rested in the fourth and final Test of Border-Gavaskar Trophy 2016-17. To make sure the injury does not flare up, Kohli stayed out of action from the first three matches of Royal Challengers Bangalore (RCB). In his absence, AB de Villiers was named captain but he, too, sustained an injury. As a result, all-rounder Shane Watson called the shots leading RCB to victory in one of three contests so far. However, RCB fans will look for change in fortune with Kohli’s comeback. Full Cricket Scorecard, RCB vs MI, Match 12

Kohli, in his comeback match, took only 6 deliveries to bag his first six of this edition. He then followed it up with consecutive boundaries on the leg-side. In the previous edition, however, Kohli was the winner of Orange Cap, churning out 973 runs at 81.08. Before the tournament, he did not have a hundred in the shortest and fastest format of the game, but he ended up becoming the only player to score 4 hundreds in a tournament.

Given that Kohli started off with a bang today, he may as well surpass other top-scorers and retain his orange cap.

Big match for Kohli considering he’s been out for a while and the struggles of his team; even bigger one for Gayle to redeem himself…

Nice to see cheeku @imVkohli back on the field ! Hopefully it’s a cracker of a game enjoy @IPL

#MI has always had the better of #RCB at Chinnasamy. With the rejuvenated Virat back in the side, RCB will look it better it #RCBvMI

Looking forward to this one. Huge encounter!! @RCBTweets v @mipaltan and guess who’s back!! @imVkohli #RCBvMI

#RCBvMI should be a corker. Kohli is back, Jos to open v Tymal, ABdV in form and Malinga on the loose. Might find a barstool…! #IPL10

Rohit Sharma after 10 days of IPL:

RCB have reached the final only thrice, but never won the title. If they apply themselves sensibly, they may as well change the tide in their favour. 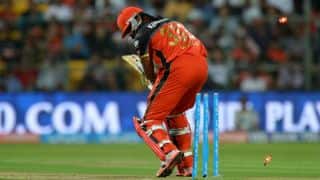 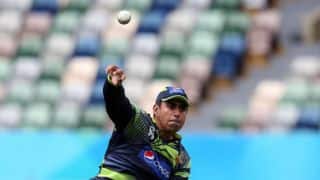