An official press release from Facebook and Instagram has ranked the Indian skipper as the most followed/liked cricketer to take part in this IPL edition.

Even though Virat Kohli has not yet started his IPL 2017 campaign, his popularity on social media seems to be unaffected. An official press release from Facebook and Instagram has ranked the Indian skipper as the most followed/liked cricketer to take part in this IPL edition. Kohli, among the list of top 10 IPL Players on Facebook, is followed by MS Dhoni (Pune), Yuvraj Singh (Hyderabad), Rohit Sharma (Mumbai), Shakib Al Hasan (Kolkata), Chris Gayle (Bangalore), Shikhar Dhawan (Hyderabad), Gautam Gambhir (Kolkata), Harbhajan Singh (Mumbai) and Glenn Maxwell (Punjab).

On the list of top 10 IPL Players on Instagram, the Indian skipper is followed by Dhoni (Pune), AB de Villiers (Bangalore), Singh (Hyderabad), Rohit Sharma (Mumbai), Suresh Raina (Gujarat), Chris Gayle (Bangalore), Harbhajan Singh (Mumbai), Ravindra Jadeja (Gujarat) and Ajinkya Rahane (Pune). The star Indian batsman, who was out of action for the first three matches of Royal Challengers Bangalore (RCB) due to a shoulder injury he sustained during the third Test against Australia in Ranchi, has announced his return for the team’s crucial clash against Mumbai Indians this Friday.

Royal Challengers Bangalore s (RCB) campaign in the ongoing season of Indian Premier League (IPL) received a major shot in the arm on Thursday when the Board of Control for Cricket in India (BCCI) medical team declared their skipper and star batsman Virat Kohli match fit. A BCCI release confirmed that Kohli has regained fitness and is all set to return to the action for RCB in their home fixture against Mumbai Indians (MI) on April 14, Friday. Kohli had suffered from a shoulder injury during the India Australia Test series and subsequently missed the fourth and final Test of the series as well as first few matches of IPL. 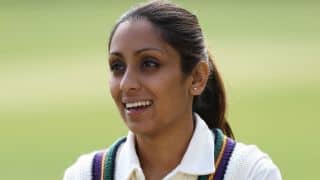