Yuvraj arrived dancing behind Williamson and took the charge in smearing the cake all over his face.

Sunrisers Hyderabad’s (SRH) Kane Williamson managed to escape the benches but could not escape the prankster Yuvraj Singh. The New Zealand skipper played his first game this season on Wednesday when SRH took on Delhi Daredevils (DD) at Hyderabad. He provided a Man of the Match performance when he belted a 51-ball 89 to help SRH to 191. SRH eventually won the game by 15 runs.

After the match, SRH had a grand entry at the hotel lobby. There were cakes to be cut in presence of the entire squad. Yuvraj then arrived dancing behind Williamson and took the charge in smearing the cake all over his face. The baby-faced Kiwi tried hiding covering his ears but Yuvraj is too good a bully with pranks. Deepak Hooda was not spared either and Rashid Khan took charge and put cake over his head. He called the act ‘revenge’.

Here is the video that was posted by the SRH camp:

Defending IPL champions, SRH have eight points on the board and are currently at the third spot in the IPL points table. They will now play Rising Pune Supergiant (RPS) on Saturday at Pune. The side from Pune are languishing at the second last position. 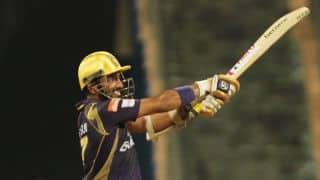 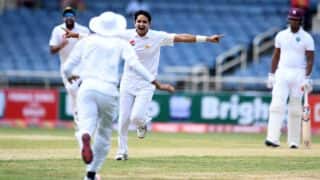