IPL 2017: 'We did not put enough runs on the board', says Stuart Binny after Royal Challengers Bangalore

I just think we didn't put enough runs on the board, especially when you win the toss and look to bat, I think 148 was just not enough upfront." - Stuart Binny

Royal Challengers Bangalore (RCB) were hammered by Kings XI Punjab (KXIP) in match no. 8 of Indian Premier League (IPL) 2017 by 8 wickets. Batting first, RCB were off to a torrid start, and could only manage 148 runs despite two blinders from AB de Villiers and Stuart Binny. Binny, who added 80 runs with de Villiers, admitted to have not put that many runs on the board for their bowlers to defend. KXIP batsmen Hashim Amla and Glenn Maxwell caned RCB bowlers en route their win. I just think we didn’t put enough runs on the board, especially when you win the toss and look to bat, I think 148 was just not enough upfront, admitted Binny after the match. FULL CRICKET SCORECARD: Kings XI Punjab (KXIP) vs Royal Challengers Bangalore (RCB) IPL 2017, match 8

Speaking about the wicket Binny said that it was a bit two paced when RCB were batting: I think in the innings that we batted first, I think the wicket was a bit-two pace, especially the ball that was bowled crossed seam held into the wicket. When asked about the changes made in playing XI, Binny said that not getting a good start in the first 6 overs made all the difference. I don’t think we played any combination wrong, I just think upfront it is important how you start in the first 6 in a Twenty20, Binny opined.

Binny defended RCB s decision to bat first and blamed the dew for their bowling failure: We thought that with grass on the wicket the ball would come on better which it didn’t. Only after the dew came in, the dew was pretty evident on this ground, the ball started to skit more on the wicket. 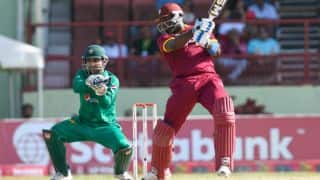 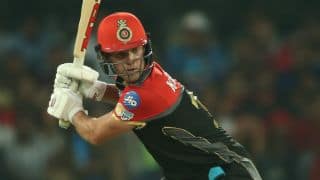