With everything to play for, Kings XI Punjab defeated the likes of Kolkata Knight Riders (KKR) and Mumbai Indians (MI) in their last two games and are on the brink of a playoff berth.

Kings XI Punjab (KXIP), who were having a poor run in the Indian Premier League (IPL) 2017, have now hit peak. With everything to play for, Kings XI Punjab defeated the likes of Kolkata Knight Riders (KKR) and Mumbai Indians (MI) in their last two games and are on the brink of a playoff berth. They will now face Rising Pune Supergiant in their last league game on Sunday. Kings XI Punjab wicketkeeper Wriddhiman Saha, who excelled with the bat against Mumbai Indians, said that the team will take their ‘nothing-to-lose’ attitude in the last game against Rising Pune Supergiant as well. KXIP played fearless cricket vs MI, says Maxwell

Kings XI Punjab defeated Mumbai Indians by 7 runs in match no.52, where Saha made an unbeaten 93 off 55 balls. Saha, in the post-match conference, said,:”In the last three games, whatever we were doing batting/fielding, the target was the attitude should be of nothing to lose, execute in batting, bowling and fielding, play the natural game, then we will see what happens, we have defeated KKR and MI (and) we will try to play against Pune as we played in these two games.”

Saha was quite vocal about his role in the team, saying, “I was asked to play hard in the first six overs and there was good partnership with (Martin) Guptill and we continued the momentum, it feels good after performing well.”

Talking about the final over of the Kings XI Punjab vs Mumbai Indians match, Saha said, “(Before) the last over I did not come to the bowler (Mohit), they (Mohit, Glenn Maxwell) were discussing that (Kieron) Pollard was hitting well, but he was tired, so if he was bowled a yorker, it would be tough for him.”

He went on to add, “Initially, Mohit tried the slower ball, which is his strength but after being hit for a six, he came to the team (members) to discuss.”

“The match was a roller coaster. They did good batting initially; we took wickets in the middle. Then Hardik (Pandya) and Pollard hammered, it was a close game and we thought if we could hold till the end, then (we are there in the game),” Saha concluded. 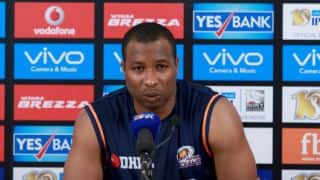 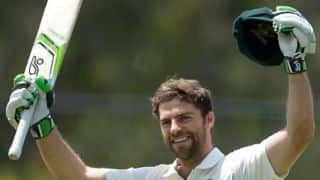