Mumbai's Wankhede Stadium will play host to the Qualifier 1 and the Final on May 22 and 27 respectively.

The historic Eden Gardens will host two play-off matches that were originally scheduled in Pune, Indian Premier League governing council confirmed on Friday. The GC has confirmed that Kolkata will host the Eliminator and Qualifier 2 on May 23 and 25 respectively, IPL GC chairman Rajeev Shukla told PTI.

As per the original schedule, Pune was scheduled to host the Eliminator and Qualifier 2 but the venue became Chennai Super Kings’ adopted home for six matches owing to security concerns for the Cauvery protests in Tamil Nadu.

The 67,000 capacity Eden Gardens emerged as the frontrunner and was adequately compensated by the IPL GC.

We are happy to host the play-off matches and are looking forward to it, Cricket Association of Bengal joint-secretary Avishek Dalmiya said.

Mumbai’s Wankhede Stadium will play host to the Qualifier 1 and the Final on May 22 and 27 respectively. 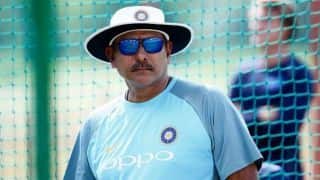 Ravi Shastri to CoA: "Not enough time for India to prepare for day-night Tests" 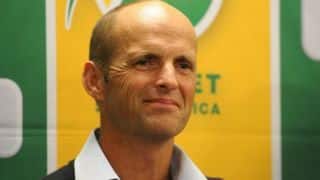