Australia’s top-order batsman Aaron Finch is all set to miss the opening match for his new franchise Kings XI Punjab in the upcoming 11th edition of the Indian Premier League (IPL) as he is due to get hitched with partner Amy Griffiths on April 7.

The 31-year-old was bought by Kings XI for whopping INR 6.2 crore in the IPL 2018 auction at the ITC Gardenia in Bengaluru last month.

As Finch has appointed close friend Glenn Maxwell to MC (Master of Ceremonies) his wedding, the all-rounder would also be unavailable for the opening matches of the lucrative T20 league, which is also scheduled to commence from April 7.

Maxwell, who played for Punjab for four years, will now feature for Delhi Daredevils after being purchased by the franchise for an enormous Rs. 9 crore during IPL auction.

Earlier this week, Maxwell explained that Finch was originally told the IPL was likely to start on April 15 and, therefore, he picked April 7 as the date to tie the knot.

Reflecting on the same, Finch said that there is no chance that he would miss his wedding for the opening match, before expressing confidence that he is most likely to join the Kings XI squad for the second game against Rajasthan Royals on April 13.

“I saw the fixture this morning – there’s no chance I’ll be missing my wedding. That’d be a bit tough leaving Amy at the altar, wouldn’t it? The second game we play is on the 13th, that’ll give me plenty of time to get over there and miss only one game luckily,” cricket.com.au quoted Finch as saying.

Finch’s Kings XI Punjab are slated to begin their campaign against Maxwell’s Delhi Daredevils on April 8.

Finch, however, will get another chance to lock horns with Maxwell later in this year’s IPL when Kings XI host Delhi Daredevils in Indore on April 23. 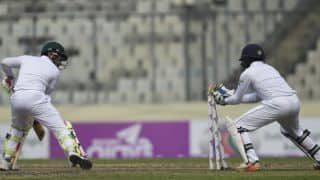 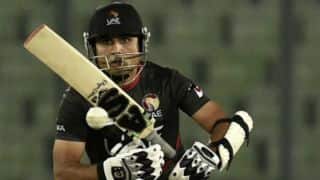