South Africa has produced some of the best fielders in world cricket Jonty Rhodes, Herschelle Gibbs, Hansie Cronje and AB de Villers. While Rhodes, Gibbs and Cronje were masters in their own rights, de Villiers has carved a niche for himself for being a superhero in the field. One such example came during Royal Challengers Bangalore s match against Sunrisers Hyderabad in Indian Premier League (IPL) 2018.

De Villiers took a one-handed catch at deep mid wicket to dismiss Alex Hales off Moeen Ali. His catch was praised by Virat Kohli in the post-match ceremony and also on social media. Kohli said: That was spiderman stuff (about ABD s catch). You don t do that as normal human beings. I thought it was going for a six but he pulled it off. He can do freakish things but I am used to it now. His fielding I am pretty used to now. Need to thank the crowd as it is our last home game.

RCB take on Rajasthan Royals in their last league game on Saturday. 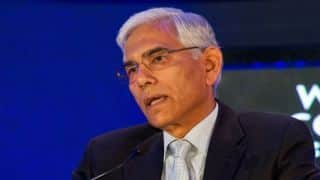 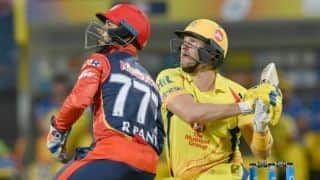