Languishing at the sixth spot in the IPL 2018 points table, de Villiers in his column for The Times of India pointed out the sombre mood in RCB camp after their shocking defeat against CSK.

Royal Challengers Bangalore’s (RCB) miseries in VIVO IPL 2018 continued when they lost to Chennai Super Kings (CSK) despite putting up 205 on the board. It was AB de Villiers’30-ball 68 that took RCB to a competitive score before his brilliance was outdone by MS Dhoni, who blasted a 34-ball 70* to guide CSK home with 2 balls to spare. CSK were 74 for 4 in the ninth over before Dhoni and Ambati Rayudu took the game away. Languishing at the sixth spot in the IPL points table, de Villiers in his column for The Times of India pointed out the sombre mood in RCB camp. But first he commended Dhoni for his display.

“The game was essentially won. After reaching 205 on a slow pitch, and then reducing CSK to 74 for 4 in the ninth over, we seemed within touching distance of a second successive win at home, another step in the right direction, a strong move up the table. MS Dhoni deserves immense credit for what followed; his masterclass innings, of 70 runs from 34 balls including seven 6s, turned the game on its head, led his team to an amazing victory, stilled the Chinnaswamy roar and left our changing room stunned,” he wrote.

About the mood, he wrote, “For all our early season confidence, for all our growing belief in each other… amid the grim silence, the disbelief, the glazed staring, this defeat felt truly devastating-…Dan Vettori, our coach, spoke, and spoke well. Virat Kohli then identified what had gone right and what went wrong. Their message was clear: we needed to improve in certain areas, we needed to move on and prepare for the visit of KKR on Sunday. Yet, still, we all sat silent, still stunned by what had happened.”

AB further writes, “Quinton de Kock somehow found the words. ‘Come on, boys’ he suddenly declared. ‘Don t be bitter, just be better.’ In an instant, the gloom lifted… the ice was broken… and everybody laughed.

“The dynamics within an IPL squad, of any group of people working hard to perform under pressure, are often hard to understand, but Quinny s remark changed the mood and, to a man, we left the changing room with smiles on our faces, still disappointed by the defeat but determined to work harder and, crucially, still excited by our prospects.”

RCB play KKR next at Bengaluru on Sunday. 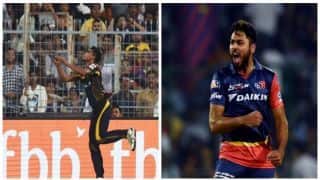 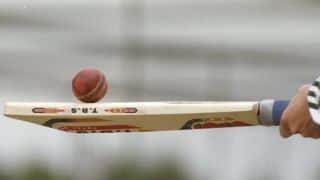