Abhishek Nayar shares a good relationship with KKR skipper Dinesh Karthik, who openly credited the former for his development as a batsman.

Karthik guided India to a famous win in the Nidahas Trophy 2018 final against Bangladesh at Colombo. He credited Nayar for helping him overcome his insecurities. Karthik had said, I want to play as long as (possible for India). It was hard a lot of times. I had a lot of doubt whether I will ever play for the country again.

That is where I have been lucky to meet Abhishek (Nayar). He is kind of guiding me through the process. I was not sure, where do I need to go and he (Nayar) kind of showed me light at the end of tunnel, things have been touch wood, good and I have been lucky.

KKR have one win from two matches. They will host Sunrisers Hyderabad (SRH) at Eden Gardens on Saturday. 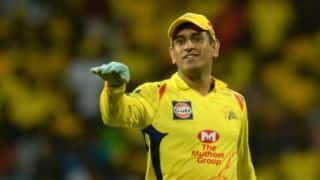