BCCI and Rajasthan Royals heaved a sigh of relief after Steven Smith escaped with a mild punishment.

Ajinkya Rahane is likely to lead IPL franchise Rajasthan Royals in case an under-fire Steven Smith loses captaincy after admitting to ball tampering during the third Test against South Africa in Cape Town.

The ICC on Sunday handed Smith a one-Test suspension and docked his full match fees as per its code of conduct.

The BCCI and Royals heaved a sigh of relief after Smith escaped with a mild punishment.

However, there is a school of thought in BCCI that if Smith himself decides to quit captaincy, Royals should be okay with it as they have a ready replacement in Rahane.

Now the ball is completely in Rajasthan Royals’ court. Yes, Smith was dishonest in allowing a youngster to tamper with the ball. He has set a very bad example but Rajasthan’s plans revolve around Smith, a senior BCCI official told PTI.

We think Rajasthan will like to start with a clean slate without any controversy. So it would be easier if Smith decides to play as a batsman only and let someone else take over the mantle of captaincy, the official said.

India s Test vice-captain Rahane is also saleable as a brand — a must for all IPL franchises. 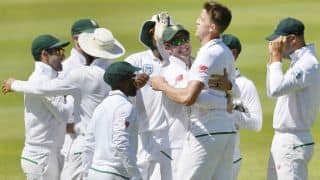 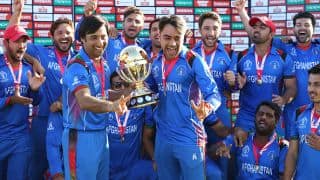