Rajasthan Royals (RR) rode on luck and individual brilliances to make it to the IPL 2018 Playoffs.

Rajasthan Royals (RR) rode on luck and individual brilliance to make it to the IPL 2018 Playoffs. Despite boasting of the likes of Jos Buttler, Rahul Tripathi and Sanju Samson in the ranks, Ajinkya Rahane backed himself as an opener in the early stages of the tournament. Right senses prevailed much later as he the stepped down. By Rahane’s standards, he has had a disappointing tournament with bat. He has scored 324 runs at 27 and his strike rate reads 119. There was an instance, against Sunrisers Hyderabad (SRH), when Rahane batted through the 20 overs and got 65 not out but failed to see his side chase down 152.

The Royals will face the rampant Kolkata Knight Riders (KKR) in the IPL 2018 Eliminator at Eden Gardens, Kolkata on Wednesday. Before the clash, Krishnamachari Srikkanth voiced in his column in The Times of India that RR will miss their explosive English duo, Ben Stokes and Buttler, in this important fixture: “It would only be stating the obvious that, Rajasthan will miss the dynamic Jos Butler and the all round presence of Ben Stokes. They need to be on top of their game to challenge Kolkata, who look to be in better rhythm. Playing at home gives KKR a vital advantage as well.”

Srikkanth also highlighted Rahane’s poor strike rate as worrisome: “Rajasthan would be wary of Ajinkya Rahane’s strike rate. The skipper does pull the team down with a sub-120 strike rate. Once the initial push is lost, it will become extremely difficult for the visitors to play catch up. Not one to predict T20 games, but I have to admit, Kolkata go into this one with a massive advantage.”

However, Srikkanth was all in praise of Dinesh Karthik, his state-mate and currently KKR captain: “The manner in which Dinesh Karthik has rallied his troops and also led from the front, is the biggest success story of the IPL, in my opinion. His exuberance might mask the fact that the Tamil Nadu lad has been a part of the Indian team for close to 14 years. Karthik has proved there is no substitute for experience.

“Kolkata finished a creditable third in the points tally, thanks to them discovering the near perfect team combination. Karthik might have arrived at this by a trial and error method but that should not taking anything away from him for backing his instincts.

“Karthik is KKR’s top run getter with 438, an average of close to 55 and an strike rate hovering at 150, tells the tale. He has taken the responsibility to guide chases. When a captain does this well, it lifts the morale of the team no end.” 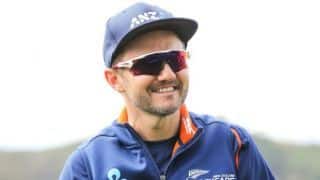 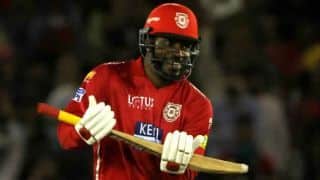