IPL transfer window will be open from Match No.23 to Match No.42.

After much anticipation, mid-season transfers are finally here in Indian Premier League (IPL). This has been in the works since the past few years, but had been stuck amidst numerous working committees. IPL transfer will be like club football where teams swap players or buy players who have either performed poorly or have mostly warmed benches. In the past one has seen key players miss out in crucial games due to fatigue or injury. Now, a franchise can purchase a skill-for-skill player. In some cases a franchise can buy players who can fill loopholes and make their side stronger.

Let us understand the transfer rules:

– Players eligible for transfer are uncapped and capped, domestic and foreign. Only catch for capped players is that they must have played less than two matches for their franchise till the half-way mark of IPL 2018. In other words, players like Moeen Ali, JP Duminy, Manoj Tiwary, etc. can be traded during this transfer window.

– Concerned franchises will be allowed to buy and negotiate with players as per their liking.

The IPL transfer window will be open from Matches 28 to 42 (April 29 to May 10). Mumbai Indians (MI) skipper Rohit Sharma gave a thumbs-up to the concept. All franchises are aware of their weaknesses by now, and will have the perfect chance to fix open ends for their sides. For the fans, too, it will be exciting to witness how franchises buy/sell players with the business end of the tournament nearing.

Franchises like Kolkata Knight Riders (KKR), Rajasthan Royals (RR), Mumbai Indians, Royal Challengers Bangalore (RCB) and Delhi Daredevils (DD) are having tough time after their key players missed out due injuries. Sunrisers Hyderabad (SRH), Chennai Super Kings (CSK) and Kings XI Punjab (KXIP) are the only sides that look settled. The pitstop will only prepare the sides to complete the race better. 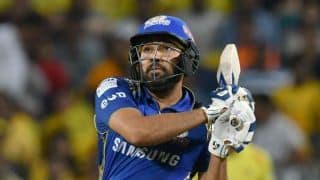 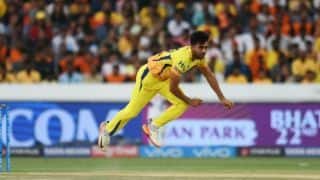