Kolkata Knight Riders (KKR) have scored two 200-plus totals in VIVO IPL 2018. This has come despite the absence of ‘Lynn-sanity’. Dinesh Karthik has not played a whirlwind knock yet. Sunil Narine keeps those occasional fastest fifties coming his way. However, the major chunk of runs have come from the middle-order – Nitish Rana and Andre Russell. Rana has had scores of 34, 16, 18 and 59 at a strike rate of 141.1 and Russell has got 15, 88, 9 and 41 at 239.06.

Rana and Russell possess the firepower to take away the game from their opponents. Precisely what Delhi Daredevils (DD)‘s spin bowling coach Sridharan Sriram believes: “Russell s blitz took the game away from us. We had done all the planning but couldn t execute them. It was a match-winnings innings He made (Mohammed) Shami lose the plot for six-seven deliveries and that was enough for him to have a bad game,” he said in the post-match conference.

Had Russell’s late blitz not taken place, KKR who have set up 170 on board which is also a par-score: “Rana wasn t going to be as dangerous as Russell. Till Russell walked in, we were in the game; the way we bowled to Lynn was extraordinary but then Russell hit a couple of sixes these things tend to happen.”

DD’s bowling has been erratic since the beginning of the 2018 IPL. They were torn apart from KL Rahul against Kings XI Punjab (KXIP). They found rhythm against Rajasthan Royals (RR), but were once again punished against Mumbai Indians (MI) on Saturday. Sriram wants DD’s death bowlers to rectify their errors quickly: “Against Kings XI Punjab, KL Rahul ran away with the game and against Mumbai Indians we went for 84. Tonight, after four overs for 19, we ended the power play at 50. So, it needs to be addressed and addressed very quickly.” 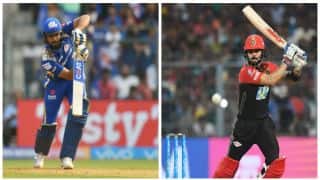 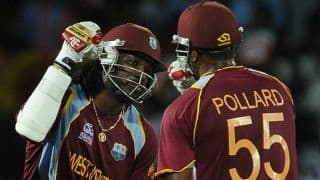