As expected Dwayne Bravo has been retained by Chennai Super Kings (CSK) in the big IPL player auction 2018. Bravo was acquired by CSK after they exercised RTM over Kings XI Punjab s (KXIP) bid of INR 6.4 crore. Bravo played for Gujarat Lion in the last two editions. Bravo reunties with the likes of MS Dhoni, Ravindra Jadeja and Suresh Raina, who all form the core unit of CSK over the past 10 years. 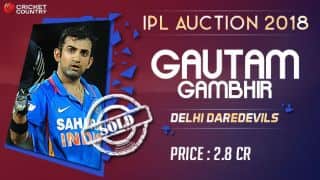