Seasoned cricketers will look to re-assert themselves, while new faces will try to show their mettle in front of Indian Premier League (IPL) team scouts ahead of the auctions.

Seasoned cricketers will look to re-assert themselves, while new faces will try to show their mettle in front of Indian Premier League (IPL) team scouts ahead of the auctions, when the knockout stages of the Syed Mushtaq Ali T20 tournament gets underway from Sunday.

India’s domestic Twenty20 tournaments, the Syed Mushtaq Ali T20 and the T20 Zonal league, were advanced by a fortnight at the request of the IPL franchises who wanted to look at the performance of local players ahead of the IPL auction, which is to be held on January 27 and 28 in Bengaluru.

While the final of the Mushtaq Ali T20 meet is on Jan 27, all other games would have been before that giving ample time to the scouts to spot their picks.

So much so that keeping in mind the auctions, the Board of Control for Cricket in India (BCCI) reverted to the inter-state knock-out format for the Mushtaq Ali tourney.

During the previous edition, the knock-out leg saw five zones — North, South, East, West and Central compete on a round robin basis. It meant that zonal teams had partial representation of players from each state.

Coming to the players, India’s World Cup winners Gautam Gambhir (Delhi), Harbhajan Singh and Yuvraj Singh (Punjab) will have a point to prove after their respective IPL franchises chose not to retain them.

Especially Kolkata Knight Riders’ IPL winning captain Gambhir whose non-retention turned heads. Suresh Raina (Uttar Pradesh), who was retained by Chennai Super Kings, will also look to get back among runs ahead of the cash-rich league.

Among the younger crop, big-hitting Delhi wicket-keeper batsman Rishabh Pant, who grabbed headlines by smashing a 32-ball century against Himachal Pradesh, will look to continue his superb form with the bat.

The southpaw, who became the second fastest century-maker in T20 world cricket after Chris Gayle, is the highest scorer in the competition so far amassing 278 runs in five matches.

In all, 10 teams will be playing in the knock-outs and will be divided into two groups of five teams each. Among those who have made the cut, only 2010-11 champions Bengal (East Zone) and 2013-14 winners Baroda (West Zone) have not lost a single match en route to the knockouts.

On Sunday, Punjab will play Karnataka while followed by Jharkhand versus Mumbai at the Jadavpur University campus ground, while Delhi will take on Tamil Nadu and Bengal will lock horns with Baroda at the Eden Gardens.

The Punjab team sweated it out on Saturday with star attractions Yuvraj and Harbhajan in full swing at the nets. Yuvraj, who arrived this morning and headed straight to practice from the airport, looked a bit rusty initially at the nets before unleashing some of his trademark drives and glances.

The locals around had a field day clicking selfies with India’s 2011 World Cup Man of the Series while Harbhajan too was in a jovial mood.

The matches will be played at the Eden Gardens and Jadavpur University campus ground. 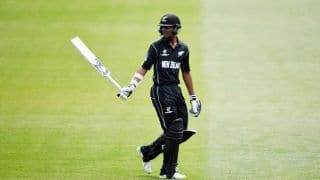 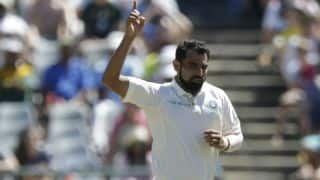