Sixteen-year old Afghanistan off-spinner Mujeeb Zadran has some “mystery element” about him which prompted the King XI Punjab (KXIP) to bid a whopping INR 4 crore for him, said co-owner Preity Zinta.

“It was a joint effort of the coaching and scouting staff. His (Mujeeb) name was always there and he has been an interesting talent and a bit of a mystery, so we went for him,” Zinta told reporters after the auction. Asked the reason for giving hot chase for Jaydev Unadkat who was sold for INR 11.5 crore, Rajasthan Royals CEO Ranjit Barthakur said just to fill the gap of a death bowler and also he was the second highest wicket taker last IPL season.

“If you look at his performance last year, he was the highest wicket-taker and in a very short career, he has hauled 100 wickets. We were lacking in death bowling and wanted to fill that gap. We did not go after him for any emotional reason, but to fill the gap,” Barthakur concluded. 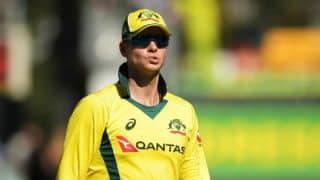