In April 2016, the high court had directed the BCCI to shift all IPL matches to be held in Maharashtra post-April 30 that year outside the state as Maharashtra was facing a severe drought.

The Bombay High Court on Friday asked the Mumbai Cricket Association (MCA) if it would seek additional water supply from the Brihanmumbai Municipal Corporation (BMC) to the Wankhede Stadium during the IPL cricket tournament.

The T20 Indian Premier League (IPL) is slated to start from Saturday at the Wankhede Stadium in south Mumbai.

A division bench of justices A S Oka and Riyaz Chagla was hearing a public interest litigation filed by NGO Loksatta Movement in 2016, raising concerns over water usage for ground management during the IPL when Maharashtra was reeling under a drought.

The petitioners’ demanded that considering the water situation in Maharashtra, no additional water be supplied to any stadium in the state for the IPL.

Last week, the court had asked the BMC if it would stick to its decision to not supply additional water to the Wankhede Stadium during the IPL.

The bench then asked the MCA if it planned to seek additional water for the tournament.

“Does the MCA intend to ask for water supply additional to what is supplied to the Wankhede Stadium by the BMC?” Justice Oka asked.

MCA counsel A S Khandeparkar said he would seek instructions from the cricket body, but also reiterated that the stadium does not use potable water for other than drinking purposes.

The court also asked the Maharashtra government to submit its current water policy on April 14, the next date of hearing.

As per the state’s water policy, water supply is divided in four categories. The supply for drinking purpose gets priority, while that for events such as ‘Shahi Snaan’ during Kumbh Mela falls in the last category in terms of priority.

While the petitioners claimed that the IPL also falls in the last category, the BCCI and the MCA said it was a sports event, and hence fell in the ‘recreation’ category.

In April 2016, the high court had directed the Board of Control for Cricket in India (BCCI) to shift all IPL matches to be held in Maharashtra post-April 30 that year outside the state as Maharashtra was facing a severe drought. 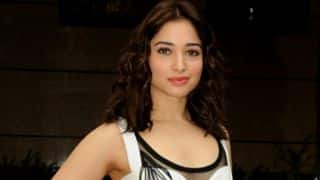 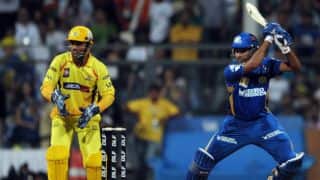