With Cauvery river water sharing row with Karnataka hotting up, political parties on Friday plunged into the fray bringing into the line of fire the hugely-popular Indian Premier League (IPL) cricket matches to be played in Chepauk grounds here from April 10. While the Amma Makkal Munnetra Kazhagam (AMMK) leader T.T.V. Dhinakaran appealed to cricket fans in the state to ignore the matches, DMK leader M.K. Stalin said organisers of the IPL matches should understand the people’s problems and act.

Queried on the issue, Stalin said the DMK was not against holding the IPL matches here. However he requested the match organisers to understand the problems faced by the people and act accordingly. On March 10, Chennai Super Kings will play against Kolkatta Knight Riders at the M.A. Chidambaram Stadium.

However, Dhinakaran tweeted that at a time when Tamil Nadu’s rights over Cauvery waters, the lifeline of the state, were being “betrayed” by the state and Central governments and the state had risen in revolt, “I appeal to the cricket fans of Tamil Nadu to ignore these matches”.

Viduthalai Chiruthaigal Katchi (VCK) chief Thol Thirumavalavan sought a ban on IPL matches in Tamil Nadu. Some fringe groups like the Tamil Nadu Human Rights Party have also voiced their opposition to the holding of IPL matches. They have said they would democratically protest against the matches when the state is fighting for its rights over setting up the Cauvery Management Board (CMB) as per the apex court’s order of February 16.

Meanwhile, Stalin said that as decided earlier at the all-party meeting, the Cauvery Rights Retrieval March would be held in two phases. The first phase march would start from Mukkombu in Tiruchirappalli district on April 7 and the second phase on April 9 from Ariyallur district so that the march was spread across the whole of Cauvery Delta region, Stalin said.

He said the DMK and other parties would discuss and decide on the next course of action if the Central government does not set up CMB. The Supreme Court on February 16 reduced Tamil Nadu’s share of Cauvery water from 177.25 thousand million cubic feet (TMC), which was less than the 192 TMC allocated by a tribunal in 2007. Karnataka’s share of water was increased by 14.75 TMC.

The Centre, which failed to set up the CMB within six weeks of the apex court’s February 16 order, has moved the Supreme Court seeking clarifications whether the Scheme mentioned by the court in its judgement meant only CMB or whether the Centre could formulate any other mechanism.

The Tamil Nadu government has also filed a contempt petition against the Centre for not setting up a CMB within the deadline. Both the petitions are likely to come up for hearing on April 9. 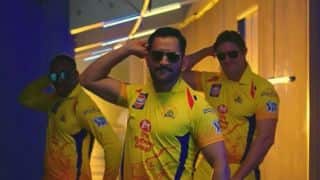