Just when things were beginning to look bright, CSK lost their home game due to Cauvery protests and were forced to shift base to Pune.

After missing out 2 editions, Chennai Super Kings (CSK) have made a powerful entry to VIVO IPL 2018. They won the tournament opener against Mumbai Indians (MI) and went on to win against Kolkata Knight Riders (KKR) at their fortress, Chepauk. Just when things were beginning to look bright, CSK lost their home game due to Cauvery protests and were forced to shift base to Pune. Ahead of CSK’s tie against Kings XI Punjab (KXIP) at Mohali, coach Stephen Fleming lamented losing Chennai games as they had picked players in the auction according conditions in their home city.

We are very disappointed to leave Chennai. We sat in the auction to pick a team that was based on the conditions in Chennai, and therefore we are disappointed to get only one home game. Making our home venue a fortress for us was going to be a big part of our strategy this year. But we have to adjust. That s part of the IPL. We just need to keep scrapping, Fleming was quoted by The Times of India.

Despite the 2 wins, Fleming believes that they were not the best performances from CSK but mentioned that they were welcome wins at the start of the tournament. I guess the positive is we ve had two wins in two. They haven t been great performances; but the lads have shown good character and most importantly they have been fighting wins, which sometimes at the start of the tournament is more valuable, said Fleming.

CSK will be missing Suresh Raina on Sunday. Raina injured himself during the KKR clash and his boots will be large ones to be filled. KXIP won their home encounter against Delhi Daredevils (DD) after KL Rahul smashed the fastest fifty in the tournament history. They suffered a defeat in the hands of Bengaluru in their next clash. 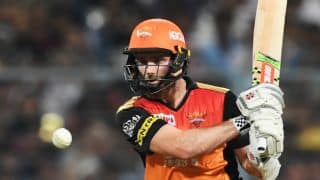 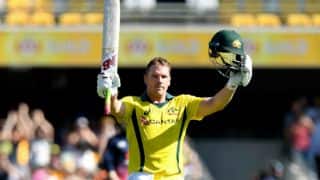