This is the final game of IPL 2018 league stage.

CSK have already advanced to the playoffs but the result of this game will determine where they end up in the points table, at number one, two or three. A win can take them to the top spot, a defeat may see them not change positions and a defeat by huge margin can also see them slip to the third spot and if that happens, instead of Qualifier 1 they will head to the Eliminator.

A big margin win will see KXIP through to the playoffs, only if Mumbai Indians (MI) do not chase down 175 against Delhi Daredevils in the ongoing Match 55. What they can do is give their best shot? They have power-hitters in their ranks like Chris Gayle, KL Rahul, Aaron Finch, Yuvraj Singh, etc. They might look to get in David Miller for this game.

KXIP should not have been in this position in first place. Having won five of their first six matches, they lost six of their next seven to find themselves in such position. 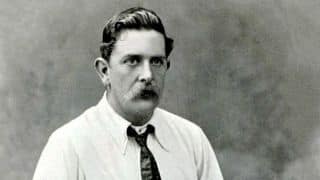 Ted Peate: The ‘Clown Cricketer’ who became a Yorkshire legend