Did you know Chris Gayle and Virender Sehwag have opened the batting for World XI during the Super Series in 2005?

It s a pity that Virender Sehwag has retired or else fans would be treated with Chris Gayle and Sehwag s opening combo for Kings XI Punjab (KXIP). For those with an excellent cricket memory, this phenomenon has happened twice in international cricket. Gayle and Sehwag have opened for ICC World XI during the 2005 Super Series in Australia with little success, in 2005.

After dazzling in Royal Challengers Bangalore (RCB) colours for 7 season, Gayle wasn t retained by them. He went unsold for the first two rounds of VIVO IPL 2018 Auctions. He was last minute pick at base price of INR 2 crore by KXIP and Sehwag had masterminded that.

Gayle has repaid the faith with two match-defining knocks, first a blazing fifty (33-ball 63) against Chennai Super Kings (CSK) and then a brutal 104 against Sunrisers Hyderabad (SRH). Gayle thanked Sehwag in his own style by saying that the latter had saved IPL by picking him.

Nobody is a greater entertainer than him, Sehwag said. That was a strategy because we had to buy other players also. He would have cost more if he was taken up in the first phase,” Sehwag explained.

Sehwag mentioned that Gayle fits in marketing plans as well as everyone loves the big Jamaican for his larger than life way.

Kohli dropped him also (from Royal Challengers Bangalore). I was expecting nobody will pick him, he’s of my age. If we pick him, he’s good guy to do the marketing. He s fabulous with all the marketing guys, everyone loves Chris Gayle. He fits in our group also, Sehwag added about T20 cricket s greatest batsman.

He has already won them 2 matches and the kind of form he has exhibited, these are ominous signs for other teams. 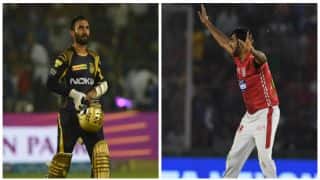 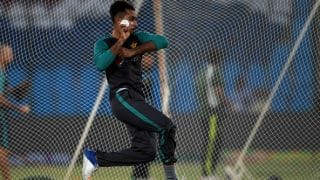