Mitchell Johnson's stocks have risen somewhat after an injury to Mitchell Starc has ruled the Aussie spearhead out of the tournament.

A fit-again Chris Lynn was seen batting in full flow along with Sunil Narine as two-time former champions Kolkata Knight Riders geared up for the Indian Premier League with a practice match at the Eden Gardens today.

Having recovered sufficiently from a dislocated shoulder suffered during the recent T20I tri-series against Australia, Lynn headed to training less than 24 hours after he joined along with veteran speedster Mitchell Johnson, who opted to rest.

Johnson’s stocks have risen somewhat after an injury to Mitchell Starc has ruled the Aussie spearhead out of the tournament, forcing KKR to name named English medium pacer Tom Curran as the replacement.

Lynn’s history of shoulder problems has led to the Queenslander practising at the nets back home with a specially-designed shoulder stabiliser that rugby league star Johnathan Thurston has given him.

“The docs and the physios are happy so that’s all I can do Fingers crossed I can keep going in the right direction. I’m doing everything I can to get back out there,” Lynn had told Cricket Australia.

Having reported for a suspect bowling action yet again in the Pakistan Super League last month, Narine bowled in tandem along with the likes of Kuldeep Yadav and Piyush Chawla as the Knights sweated it out in the evening for more than three hours.

Renowned adventurer and explorer, Mike Horn, who’s back with KKR, was also seen on the sidelines of their training session.

Meanwhile, it is learnt that KKR’s star owner Shah Rukh Khan will come to cheer for their IPL opener against Royal Challengers Bangalore here on April 8.

The Bollywood superstar is currently busy shooting for a movie in the USA and he’s expected for the first match, a KKR official said. 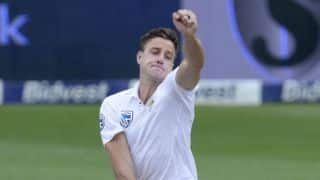 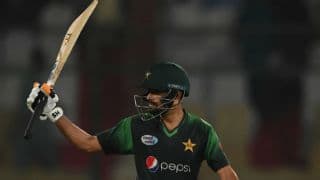