IPL 2018 Eliminator: Andre Russell speaks about his approach while batting, after KKR's win over RR

IPL 2018 Eliminator: Andre Russell speaks about his approach while batting, after KKR's win over RR

Andre Russell who came to bat in the 15th over took the score to a fighting total with his knock of 49* off 25.

Kolkata Knight Riders (KKR) have made it to Qualifier 2 after beating Rajasthan Royals (RR) by 25 runs in the Eliminator of Vivo IPL 2018. KKR were under pressure at one point when they were 52 for 4 in the eighth over. It was the 52-run partnership by Dinesh Karthik (52) and Shubman Gill (28) that stabled things for the home side. Then Andre Russell, who came to bat in the 15th over, took the score to 169 with na unbeaten 25-ball 49. He smashed 3 fours and 5 sixes.

In the post-match presentation Russell spoke about KKR’s journey to the Playoffs and the importance of each game. He also revealed his approach while batting: “It feels very good. It has been a hectic road since the game against KXIP. Every game moving forward has been like a final. We know how important this was and it feels good to have contributed with the bat and the ball. I think it is just a clear head. You get a short ball, you get a slower ball or a wide ball, you try to play a shot accordingly. It is about having a still base. I try to swing hard and believe in my ability.”

RR were cruising towards victory at one point when the KKR spinners came on and turned the fortunes for them. Russell did his bit with ball with 3-0-22-0, including a tight 19th over: “I think it is good to take responsibility as a senior player. I don’t mind smashing and finishing the innings off and then come and bowl the first over. It was a good game for all of us. As I said, every game from here on is a final and we cannot take anything for granted. It is going to be a new game with a new ball and we will have to start on the front foot.”

KKR are only one step away from final as they will now face Sunrisers Hyderabad on May 25 at Eden gardens for the Qualifier 2. 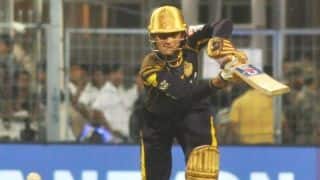 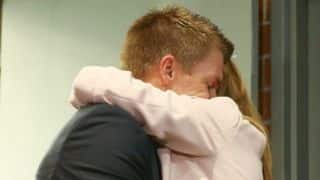