It's IPL ruling the charts everywhere.

IPL is ruling the charts everywhere. The only other significant cricket action on Sunday was the Lord’s Test between Pakistan and England. With Pakistan comfortably sealing the Test before lunch on Day Four, the Lord’s crowd did not have much to do on this Sunday. MCC decided to treat them to some IPL action. The big screens at Lord’s telecast the IPL final between Sunrisers Hyderabad (SRH) and Chennai Super Kings (CSK). Noted cricket journalist Jarrod Kimber tweeted:

SRH, asked to bat, posted 178 for 6 in their 20 overs. If CSK win this, it will be their third IPL title in nine attempts (and sixth final). If SRH defend the score, it will be their second in six editions (and two finals). 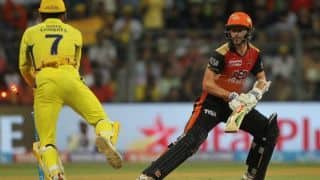 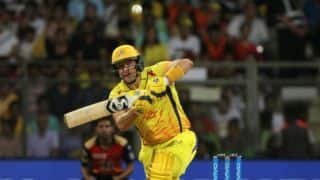