Gary Kirsten was the coach of Delhi Daredevils in 2014 and 2015 when the side finished last and second last respectively.

Gary Kirsten is set to join Royal Challengers Bangalore (RCB) as batting coach for IPL 2018. According to reports from ESPNCricinfo, the popular franchise is close to secure a deal with the former South African cricket. Kirsten has not enjoyed a lot of success in the league. He was the coach of Delhi Daredevils (DD) in 2014 and 2015 when the side finished last and second last respectively. However, Kirsten is a celebrated coach in the country as he guided India to World Cup triumph in 2011. It was also under his tenure India became the No.1 side in Tests for the first time.

RCB have not announced it officially. Reports suggest that Daniel Vettori, the head coach of the franchise, will remain in the coaching staff. Kirsten is the head coach of Hobart Hurricanes in what is his first stint in the Big Bash League.

The IPL 2018 auctions will be held on January 27 and 28 in Bengaluru. The side can retain at least 5 players. In all likelihood, the side will retain their skipper Virat Kohli. 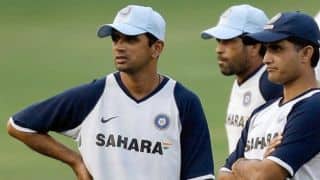