DD managed to post a fighting target of 162 with Vijay Shankar (36) and Harhshal Patel (36) adding 65 runs to the sixth wicket partnership.

Delhi Daredevils (DD) registered their fourth win of the tournament defeating Chennai Super Kings (CSK) in the match 52 of Vivo IPL 2018. DD managed to post a fighting target of 162 with Vijay Shankar (36) and Harhshal Patel (36) adding 65 runs to the sixth wicket partnership. They were successful in defending the total against a strong CSK batting line up as they won by 34 runs. Patel also picked up the Ambati Rayudu who smashed his third half-century of the season.

In the post match presentation he revealed that bowling plays an important role in T20’s than batting cameos.

“I think bowling was the more difficult skill on the pitch, considering how the ground and pitch are, and especially with the dew coming into play in the latter part of the innings. It’s all about consistency (4-over spells), so they are more important than batting cameos.”

Patel played a good hand in the death overs with the bat smashing 36 off 16 balls which included 4 sixes. On that Patel talked about how he executed the plan.

“I was watching Bravo really well, and I know he is good at bowling slower balls, so I just backed myself to not get deceived. I have been studying my own game really well. It was about not trying to do anything out of my capabilities and I’m glad I could execute my skills well today.” 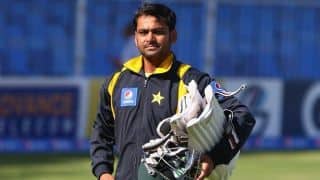