Interestingly, Yuvraj Singh played for Kings XI Punjab, as their icon player, in the first three seasons of the IPL and led them in the 2008 and 2009 editions.

Ravichandran Ashwin was one of the forces behind Chennai Super Kings’ (CSK) success. The franchise did not go the extra mile to retain the off-spinner, however, Kings XI Punjab (KXIP) emptied INR 7.6 crore out of their pocket to acquire the services of Ashwin for IPL 2018. It did not end here. They appointed him the captain. No doubt about his acumen but the leading a team is a new experience for him. Ashwin has the services of a seasoned Yuvraj Singh and Chris Gayle in his unit.

During an interaction with India Today, Ashwin thanked KXIP for going the extra mile and getting him.

“The auction is more like a casino. It was great of KXIP who went that extra mile to get me and then made me their captain. I had an open mind during the auction,” Ashwin told.

When asked about the importance of Yuvraj, his teammate and star of India’s 2011 World Cup triumph, Ashwin hoped that the southpaw got runs in bulk.

“Yuvraj is a no-brainer (for KXIP). He is one of those rare India batsmen who has played the best of international bowlers. I hope he has a great tournament,” the 31-year-old added.

With the likes of Gayle and Yuvraj around, KXIP is not a dull place. Ashwin does admit that learning a bit of bhangra is on the plate.

Interestingly, Yuvraj played for KXIP, as their icon player, in the first three seasons of the IPL and led them in the 2008 and 2009 editions. 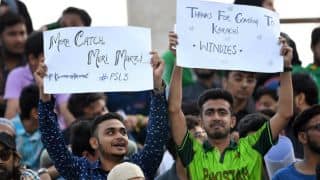 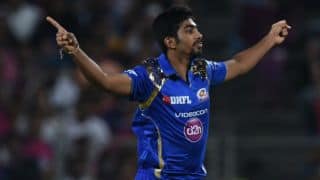